It's a world class event attracting the very best competitive pilots from across the United States and the world.Longview's Great Texas Balloon Race

Considered by many of the pilots that compete at the Great Texas Balloon Race to be the best run event on the circuit.

Balloon Flights begin the event on Friday morning with a flight over the City of Longview. Launch and landing sites change each year as they are always determined by wind and the weather.

Balloon Glows on Friday and Saturday night entertain crowds with an awesome display of color and excitement. One of the most popular things to do at the event as the public is able to get up close and watch how balloons are inflated and operate.

Live Concerts in the afternoon and evening both Friday and Saturday always feature an entertaining band as the headliner. Local and regional bands play during the day.

Kids Land is a safe restricted area for children that requires a small separate entry fee. Activities and attractions differ from year to year but it is always a fun time.

Vendors display their arts, crafts and other merchandise in booths lined up along an improvised midway.

Food Vendors make sure there is always enough to eat and drink during the day and evening. 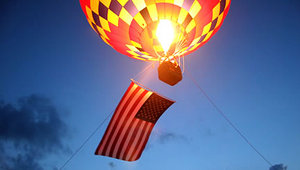 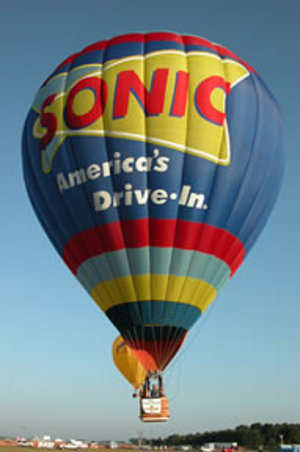 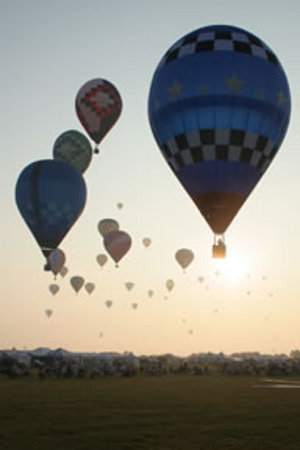 The airport is easily accessible from most areas in Northeast Texas via major highways and Interstate 20.

FROM DAINGERFIELD AREA: Take 259 South to Longview. Proceed on 259 South, which is also known as Eastman Road to Hwy 149. Proceed South on Hwy 149 taking Hwy 322 West. East Texas Regional Airport entrance is two miles from intersection on the left.

FROM MT. PLEASANT / PITTSBURGH AREA: Take Hwy 271 South to Hwy 300. Proceed on Hwy 300 into Longview then go West on Loop 281 to Estes Parkway, which is also known as Hwy 149. Go South on Estes Parkway to Hwy 322. Continue West on Hwy 322, and East Texas Regional Airport is two miles down on the left.

FROM GILMER: Take Hwy 300 South to Longview. Follow West Loop 281 to Estes Parkway, which is also known as Hwy 149. Proceed South on Estes Parkway to Hwy 322 West. Continue West on Hwy 322, and East Texas Regional Airport is two miles down on the left.


FROM NACOGDOCHES: Take 259 North through Henderson to Hwy 322. Proceed East on Hwy 322, and East Texas Regional Airport is 17 miles on the right.

FROM CARTHAGE: Take Hwy 149 North to Hwy 322. Proceed West on Hwy 322, and East Texas Regional Airport is two miles down on the left.

FROM HENDERSON: Take Highway 259 North to Highway 322. Proceed East on Texas Highway 322 for approximately 17 miles. East Texas Regional Airport will be on your right.