Before there was a balloon rally, the only aviation activity was an annual Fly-In Breakfast sponsored by the Wellsville Aviation Club. We would clear out one of the hangers at the airport, put up folding tables and chairs and prepare a great breakfast of pancakes, eggs, sausage, etc.

Pilots from Western NY and NW PA would fly in for the breakfast and have a great time eating and swapping stories with their fellow aviators.

I brought up the idea of putting together a small air show, and everyone said, go for it. I did and the result was the Great Wellsville Air Show. The show was a big success, filling the airport with spectators.

Where did the name of the air show come from? At the time there was a popular movie, staring Robert Redford, called, "The Great Waldo Pepper". It was about a barnstorming pilot. Really brought to mind the exciting days of early aviation.

I liked the name and decided to call the air show, The Great Wellsville Air Show.

During one of the air shows, George Lewis, who is married to one of John Embser’s sisters ( Embser’s Funeral Home), approached me and asked how I would like to include some balloons in the air show.

WOW, what a great idea, I jumped at the opportunity. George was a balloonist and had several ballooning friends he talked into attending the air show.

It then became the Great Wellsville Air Show and Balloon Rally.

I fell in love with balloons and decided to build my own, which I did. Since I was now into balloons, I gave up heading up the air show and decided to start the balloon rally.

With George Lewis, who lived near NY City, as my contact with the ballooning community, I gathered together a group of locals who were interested in being a part of the first ballooning committee.

The committee included Mr. and Mrs. Karney Cochran (spelling may be wrong), Sue Purga, John Embser, Ralph & Bev Stockman, Bill Childs, and others who I can’t remember at this time.

I served as Executive Director of the Rally for a couple of years and then passed it on to Bill Childs.

The first rally was a small group of balloonists from a variety of backgrounds. They were very interesting and likeable folks. We had one of Malcolm Forbes balloons join us along with the official State of Conn balloon. A balloon from Ireland. Yes, George met a balloonist who was visiting the US and had his balloon with him. He invited him to come to Wellsville and he agreed. A really nice guy.

One of my favorite balloons was the Great Pumpkin Balloon (a favorite of Charley Brown as well :>)

A story about the Great Pumpkin Balloon. One of the mornings of the rally, with the fog thick in the valley, the pilot decided to take off through the fog and see just how thick it really was. As the Great Pumpkin Balloon was rising up through the fog, here comes a pilot from the Wellsville Airport flying by, That was one surprised pilot to all of a sudden see this giant orange pumpkin, complete with black eyes and jagged mouth, coming up through the fog. If only we had a picture.

One pilot, whose last name is Brody, was a playwright from NYC. He wrote a musical called, "Bubbling Brown Sugar" . An interesting guy, wore thick "coke bottle" glasses. Every foggy morning he was going around saying, lets give the Wellsville Cheer….the sound of a fog horn :>)

While waiting for lift off, there was one guy who held on to the crown of the balloon as it was inflated and rode the balloon on tether.

The first Balloon Meister was Bill Anderson. He had built, and was flying, a "paper" balloon. The balloon’s envelope was made from "tyvec" ( the stuff you see wrapped around houses when they are building them). I believe the actual crown of the balloon was nylon.

He wove the wicker basket and was using a weed burner as his balloon’s burner. The balloon carried one person and a single propane tank.

A note, Bill has gone on to become a well know balloonist throughout the world, flies gas balloons as well, has written several ballooning books and is the editor of, "Balloon Life Magazine".

Sat night’s party was a cookout at Karney Cochran’s house. Great food and a fun time had by all. The first afterglow took place in the Cochran’s backyard that evening.

Sunday brunch was at the Wellsville Country Club.

That’s the history of the beginning of the rally. It has gone on to become the largest event held in Wellsville for the past 30 years. and I am very proud of being the founder of the rally.

Who is Ray Stevens?

I was born in Wellsville. When I was in the 6 th, grade my family moved to DeLand, Florida. We returned to Wellsville in 1966 and opened Stevens Men’s and Ladies Fashions. I also started working at WLSV Radio as the "morning man" from sign-on till 9am. Then off to the store till 5:30pm.

The clothing business continued until I closed the store in 1995. I also worked at WLSV off and on for 22 years.

In 1996 my wife, two sons, and myself moved to DeLand, FL where we are located today. Clara and I are both Realtors.

Over the years I was involved in a variety of clubs in Wellsville. I was part of the group who reactivated the "Players" and enjoyed directing and acting for many years. I am also one of the group that started the JAYCEES in Wellsville. As a JAYCEE I started, and was the Executive Director of the Miss Allegany Pageant, a local branch of the Miss America Pageant. 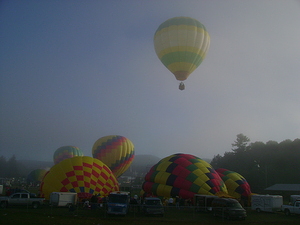 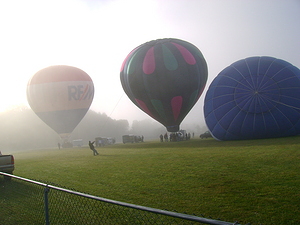 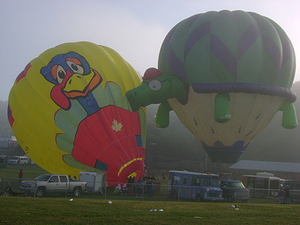